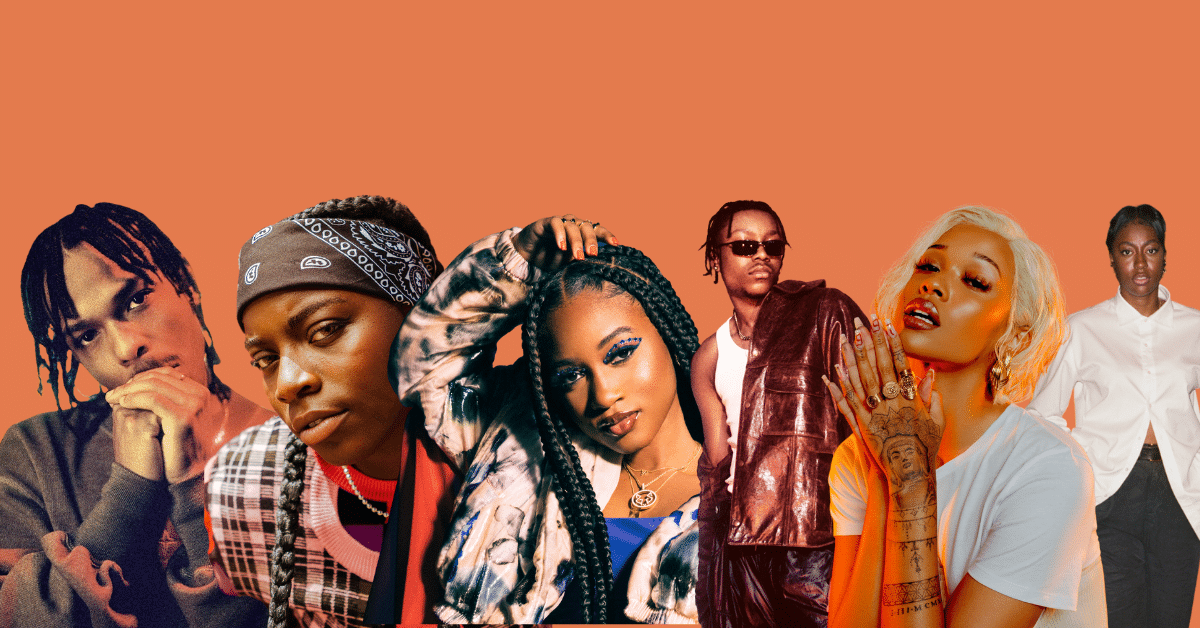 Best of R&B is an exciting compilation of the best of R&B music from the 80s and 90s. This collection of classic hits from the greatest R&B artists of the time will surely get you dancing and singing along. Featuring a diverse selection of songs from Usher, Mariah Carey, Boyz II Men, TLC, and more, this collection is sure to get you in the groove. With a combination of classic and contemporary songs, Best of R&B is the perfect soundtrack for any occasion. So crank up the volume and get ready to experience the best of R&B!

The Most Influential Female R&B Singers of All Time

The Top 10 R&B Albums of the Last Decade

1. Beyoncé - Lemonade (2016): This Grammy Award-winning album was an instant classic. It was an exploration of the black female experience, and its mix of hip-hop, soul and reggae music made it an unforgettable listening experience. 2. Kendrick Lamar - To Pimp a Butterfly (2015): This groundbreaking album was praised for its lyricism and its exploration of themes such as race and identity. It won five Grammy Awards and was named one of the best albums of the decade by Rolling Stone and Pitchfork. 3. Janelle Monae - The ArchAndroid (2010): This ambitious concept album was a critical and commercial success. It showcased Monae’s unique blend of R&B, soul, funk and rock. 4. Frank Ocean - Blonde (2016): This critically acclaimed album is a modern classic. It featured Ocean’s signature blend of R&B and hip-hop, with a dreamy production style. 5. Rihanna - Anti (2016): Rihanna’s eighth studio album was a departure from her previous work. She experimented with different sounds and genres, creating an album that was both critically acclaimed and commercially successful. 6. D’Angelo - Black Messiah (2014): This neo-soul classic was a long-awaited follow-up to D’Angelo’s 2000 album Voodoo. It featured a mix of funk, soul and R&B and was widely praised for its production and songwriting. 7. Solange - A Seat at the Table (2016): This concept album was a celebration of black identity and culture. It was a critical and commercial success, and earned Solange three Grammy Awards. 8. Miguel - Kaleidoscope Dream (2012): Miguel’s second album was a blend of R&B, soul, funk and electro-pop. It was praised for its production and songwriting, and featured some of Miguel’s biggest hits. 9. The Weeknd - House of Balloons (2011): This debut mixtape was a critical success, and propelled The Weeknd to fame. It featured a mix of R&B, soul and hip-hop, with some of The Weeknd’s most iconic songs. 10. Alicia Keys - The Element of Freedom (2009): This Grammy Award-winning album was praised for its mix of R&B, soul, jazz and pop. It featured some of Keys’ biggest hits, such as “Empire State of Mind” and “Try Sleeping with a Broken Heart”.

The Evolution of R&B: A Look at How the Genre Has Changed

Throughout the years, the genre of R&B has evolved drastically, from the days of Motown soul to the smooth, contemporary sounds of today. R&B has always been a reflection of the times, and its evolution has been shaped by a variety of influences, including politics, culture, social movements, and technology. In the 1950s and 60s, the emergence of Motown soul marked a new era for African American music. Artists such as the Temptations, Marvin Gaye, and the Supremes used R&B as a platform for social activism, with songs about civil rights and empowering messages. The genre was characterized by its powerful beats and soulful vocal styling. As the years progressed, R&B moved away from its social message and embraced a more mainstream sound. Artists such as Aaliyah, R. Kelly, and Usher blended elements of pop, rap, and soul to create a new, more mainstream version of R&B. In the early 2000s, R&B continued to evolve, with artists such as Beyonce, Rihanna, and Usher taking the genre to new heights. Their music was characterized by its more playful, upbeat sound and heavy use of synthesizers and vocal effects. This new sound was embraced by a new generation of fans, and was the dominating sound of the decade. Today, R&B is more diverse than ever before, with artists like Drake, The Weeknd, and Frank Ocean pushing the boundaries of the genre. The sound has embraced elements of electronica, hip-hop, and trap music, creating a unique hybrid of sounds. As technology continues to advance, the possibilities for R&B are endless. From its roots in Motown soul to its current blend of sounds, R&B has come a long way. Its evolution has been shaped by a variety of influences, from politics and culture to technology. As the genre continues to evolve, it will no doubt continue to captivate fans for years to come.

The Best R&B Songs to Play at Parties

The Unsung Heroes of R&B: An Appreciation of Underrated Artists

The R&B genre has seen some of the most iconic figures in music history, from Michael Jackson to Whitney Houston. But beyond the superstars, there are many lesser-known but equally talented and important artists who often go unrecognized for their contributions. This article seeks to recognize and appreciate the unsung heroes of R&B, who have made and continue to make invaluable contributions to the genre. One such artist is Teena Marie. With her unique blend of R&B, funk, soul, and jazz, she has been a major influence on the development of R&B music. Her 1980s hits such as "Lovergirl" and "Square Biz" have been praised by critics and fans alike as some of the most timeless and captivating R&B songs of all time. Another talented but underrated artist is Kashif. His groundbreaking production techniques and songwriting style helped to define the sounds of the 1980s, and he is credited with producing some of the era's most successful artists, including Whitney Houston, George Benson, and Evelyn 'Champagne' King. The late Luther Vandross is another artist who deserves recognition for his contribution to R&B. His soulful ballads, such as "Never Too Much" and "A House Is Not a Home," propelled him to the top of the charts and remain timeless classics. His influence on R&B singers of all generations is undeniable. Finally, Teddy Pendergrass is another artist who deserves more recognition for his work in the R&B genre. His husky baritone voice and passionate songwriting made him one of the most popular male singers of the 1970s, and his music continues to be celebrated today. In conclusion, while the superstars of the R&B genre are widely recognized and celebrated, there are many other artists whose contributions often go unrecognized. This article seeks to shine a light on some of these unsung heroes, who have made and continue to make invaluable contributions to the genre.

The Impact of Social Media on the R&B Scene

The rise of social media has had a profound impact on the R&B scene, transforming it from a genre of music that had been largely overlooked by mainstream audiences to one that has become an international phenomenon. In recent years, social media has become a powerful tool for artists and musicians to promote their work, engage with fans, and build up their fan base. Social media has enabled R&B artists to reach a much wider audience than ever before. Through platforms such as Facebook, Twitter, and Instagram, artists can now post their music and videos, interact with fans, and create relationships with other industry professionals. This has made it easier for them to get their music heard and to spread their message to a global audience. Moreover, social media has allowed R&B artists to create an intimate relationship with their fans. Through their social media channels, artists can respond to comments, share updates about their upcoming projects, and even interact directly with their fans. This has helped to build a strong rapport between the artist and their fan base, allowing them to share a special connection that is not possible without the use of social media. Additionally, social media has opened up opportunities for collaboration between R&B artists. Artists can now easily connect with other artists from around the world and collaborate on projects or even just share ideas. This has allowed for some truly unique and innovative collaborations to take place, pushing the boundaries of what is possible in the genre and allowing for a more diverse sound. In conclusion, social media has revolutionized the R&B scene, providing artists with an unprecedented platform to share their music with a global audience, build relationships with their fans, and collaborate with other artists. As such, it is clear that social media has had an immense impact on the R&B scene, and it is likely to remain an essential part of the scene in the years to come.

Best of R&B is an amazing compilation of some of the greatest R&B songs of all time. From classic hits to modern masterpieces, it is an album that any fan of the genre should have in their music collection. With a broad range of styles and sounds, there is something for everyone on this album. Whether you're looking for a relaxing background music or a great dance track, Best of R&B has something for everyone.